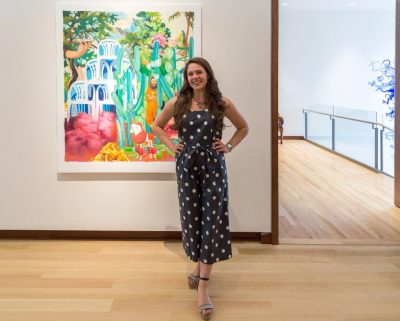 Naya Bricher is painter based in Provincetown, MA. She was born on April 30, 1991 in Trenton, NJ and raised in South Kent, CT. She completed her B.A. at Smith College in 2013, with highest honors in studio art, and graduated from Miss Porter’s School in 2009. A member of Silvermine Arts Center in New Canaan, CT, she shows throughout the country in juried exhibitions, including the 64th and 63rd Art of the Northeast at Silvermine Arts Center in which she received the Prutting and Co. Award for Mixed Media. In 2013, she was a resident artist at the Vermont Studio Center in Johnson, VT. She currently works at the Fine Arts Work Center in Provincetown.