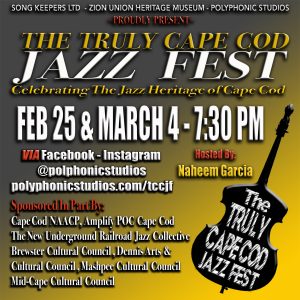 The TRULY Cape Cod Jazz Fest is an online jazz festival being presented via streaming video on IGTV (Instagram) and Facebook on the Polyphonic Studios pages, on February 25 and March 4 at 7:30pm. Originally scheduled as a live jazz festival for July of 2020, followed by a flawed launch in November, the program was rearranged into a social distancing friendly event for Black History Month 2021.

The festival will feature a multicultural array of jazz artists, representing various subgenres of

The TRULY Cape Cod Jazz Fest is an online jazz festival being presented via streaming video on IGTV (Instagram) and Facebook on the Polyphonic Studios pages, on February 25 and March 4 at 7:30pm. Originally scheduled as a live jazz festival for July of 2020, followed by a flawed launch in November, the program was rearranged into a social distancing friendly event for Black History Month 2021.

The festival will feature a multicultural array of jazz artists, representing various subgenres of jazz including progressive, hard bop, experimental, Caribbean, acid jazz, hip-hop jazz, and jazz-soul; from around Cape Cod as well as the rest of the country. “We are looking forward to presenting Cape Cod and the larger viewing community with a jazz experience unlike any that is currently available on the cape.” Explains festival host, television, film and theater actor and director, Naheem Garcia.

It is called the “TRULY Cape Cod…” because it is a festival in the true tradition of pre-desegregated Cape Cod, where opportunities for jazz performers of color were made possible by venue owners and promoters of color on the cape. “The only way to have actual inclusion in a jazz festival on the cape is to create our own. It’s that simple,” explained festival tech coordinator, Chuck V., chief engineer for Polyphonic Studios. “We found a plethora of amazing artists who rarely to never get booked to play events and venues on the cape, and several were enthusiastic to participate.” The maiden launch of the festival includes such celebrated contemporary jazz artists as Tyrone Fredericks, Jr, Alan Eugene Price, FiST Rivera, Brad the Maroon, Donald Smith III, as well as local jazz artists such as Andy Troyanos, The ZYG 808, Gabriella Simpkins, Mwalim, and Andrew Hellwig.

Racial segragation on Cape Cod in the 19th and 20th centuries led to a significant variety of venues -mostly owned by people of color- that catered to audiences of color as well as interracial audiences. According to research conducted by festival co-organizer and UMass Dartmouth Black Studies professor, Mwalim, from the early 1900s to the early 1980s Cape Cod was a part of the northern leg of the “Chitlin Circuit” (a circuit of venues for Black performers that catered to Black audiences) with such clubs as Joe’s Twin Villa, Joe Pete’s, The Plantation, Zach’s, The Wigwam, and The Red Top where regional and national jazz and blues acts could be heard. Meanwhile, the various venues that catered to mostly white jazz audiences would present only the best known Black acts, such as Duke Ellington and Louis Armstrong.

“Cape Cod was the home of a lively jazz scene with a number of African American, Cape Verdean, and Native American artists involved,” citing such local legends as jazz bassist Ed Gourdine, pianist/arranger Bobby Santos, drummer James Harris, and pianist Sabby Lewis. The post civil rights era brought about hopes of inclusion that according to a number of jazz artists of color never really materialized. “When you look at most of your local jazz festivals and activities, we are not included.” noting a coffee table book Cape Cod Jazz, by  John Basile that excludes 2/3 of the area’s jazz community, and the only musicians of color mentioned were famous. He also notes a photo taken in front of the Cultural Center of Cape Cod that is a take off on the famous jazz photo taken for Esquire magazine in the 1950s. The big difference, the cape photo doesn’t have a single Black or Brown face. “I can name at least 7 musicians of color who are missing from that photo, who live and play on cape.” Many Cape Cod venues and events have a regional reputation among performers of color for their very ‘uneven’ booking practices. Regional jazz artists of color with national followings often find themselves coming to the cape to play the street leg of a jazz festival, while lesser known artists are put on the main stage. “Sometimes it’s not as much about asking for a seat at the table as much as it is about making your own table,” mused festival co-organizer, Mwalim. 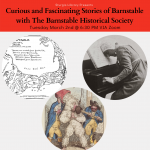 Curious and Fascinating Stories of Barnstable 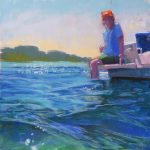 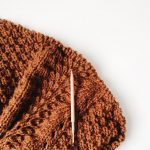 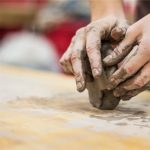 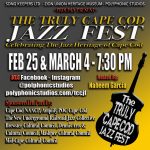 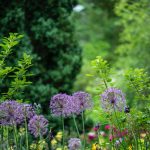 Online or In-Person: Let’s Get Ready for Our 2021 Gardens! With Priscilla Husband 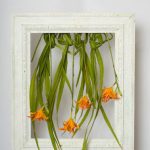 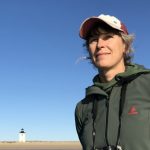 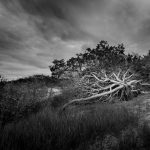 “Cape Cod Solitude,” An Exhibition of Photographs by Rachel Jones 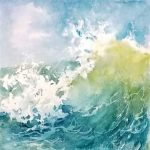