Natalie MacMaster and Donnell Leahy- Visions of Cape Breton and Beyond: A Celtic Family Celebration

MacMaster grew up among Cape Breton musical royalty, most notably her uncle, renowned fiddler Buddy MacMaster (other prominent musical family members include her cousins Ashley MacIsaac and Andrea Beaton). She began playing at 8 years of age and by 16 released her self-produced debut album Four on the Floor in 1989. Rounder Records soon picked up the burgeoning talent and helped introduce the young fiddler to the rest of the world, releasing acclaimed albums like Fit as a Fiddle and No Boundaries.

Over the years, MacMaster’s music began to incorporate an eclectic mix of styles and rhythms, the fiddler and composer layering world music, jazz, classical and Latin textures into her sonic palette. At its core, though, MacMaster’s Cape Breton reels and jigs remain at the forefront of everything she does. Her musical venture now spans over three decades, completing 12 albums, performing thousands of shows and collaborating with a multitude of world renowned artists. Her most recent albums include 2011’s Cape Breton Girl, an acclaimed back-to-basics traditional roots album and this year’s One, released with her husband, fiddler Donnell Leahy.

Visions From Cape Breton & Beyond

Since marrying in 2002, two of Canada’s brightest stars have been captivating audiences all over North America with their exceptional musical skills and obvious joy at playing together. Natalie MacMaster and Donnell Leahy have received both industry-acclaim and a loyal fan following by combining their incredible
individual talents, giving audiences a remarkable musical experience each and every night. Now, with their “Visions From Cape Breton & Beyond” audiences will have an insight into the remarkable place,people, and culture that has shaped their lives, music, and family.

Both born into musical families, Natalie and Donnell entered into their musical careers naturally. Hailing from Cape Breton Island, Natalie received her first fiddle at the age of nine, launching a career that has lasted for over 30 years. Her first recording was released when she was only 16 and she has never looked back. With amazing dedication to her craft, Natalie has received numerous awards in the US and Canada, recognizing both her musical talent and importance to Cape Breton’s fiddling tradition and international profile. Natalie’s performances leave her audiences hollering for more as she wows them with stylistic diversity without losing the traditional Cape Breton groove. Although her stage presence is reason enough to see one of her shows, it’s the elegance with the bow, the intricate technique with the fiddle, and the embrace of the Cape Breton tradition that floors her admirers at countless shows every year.

Honing his remarkable talent since the age of three, Donnell has literally spent his entire life with a fiddle in his hand. His initial skills were learned at home from his parents  a fiddle-playing father from Ontario and a step-dancing mother from Cape Breton. With a well-trained ear it is no surprise that, as the musical leader & front-man of Leahy for over 15 years, his own style emerged; some even say he even created a new genre of music known simply as “Leahy.” Combined with his mesmerizingly strident, exultant, and high-energy performances, this style has become Donnell Leahy’s musical signature.

Now, after over 10 years of marriage and with six children, Donnell and Natalie have turned their sights to sharing their “Visions from Cape Breton and Beyond.” Many have heard of the island of Cape Breton in Nova Scotia, Canada and many know of its legendary musical heritage. But few know it first-hand like
those who have been raised in its warm embrace. The multi-media “Visions” tour, with its never-before seen video footage of both Natalie and Donnell, and alongside endearing stories of the character and characters of the island, will help audiences understand the land, lives, and loves that have shaped these
two musical families into one.

Expanding on their Cape Breton musical heritage, Natalie and Donnell are excited to introduce audiences to their children who are growing by musical leaps and bounds. Donnell & Natalie strive to bring up their children with the same home, faith, and musical heritage each of them received. Fiddling, step-dancing,
and piano lessons find their place alongside hockey sticks, school books, and family events. The children have embraced their centuries-old musical inheritance and look forward to sharing the joy they receive from it. Natalie and Donnell have created a musical progeny that is in all ways unique and enticing and ensures that a strong Cape Breton and Canadian fiddling tradition will exist for years to come.

ALL seats are RESERVED. 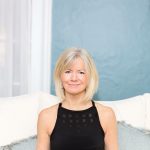 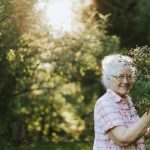 ONLINE OR IN-PERSON: Boomer Gardens — Gardens for an Aging Generation with Priscilla Husband 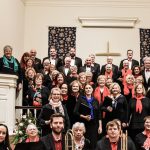 Presented by Cape Cod Chorale at First church of Sandwich 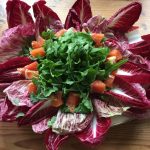 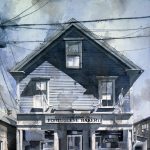 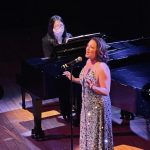 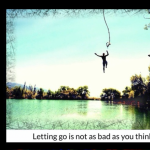 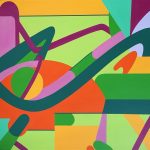 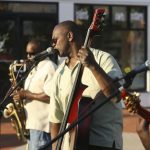 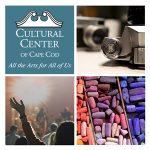